Meagan could still feel her Daddy's hands
touching her, she couldn't understand
Smelled the stale beer on his lips
Any place is better than this
Lives behind the Safeway with her friend

Sally used to work hard as a cook
til she threw her back out and she took
pills her doctor gave to her
Kept on needing more and more
Lost her job, her house, and still she's hooked

Under every town's pretty facade
The underbelly's waiting to be prod
Take a peek, the edge is frayed
Out where the outliers strayed
Dying 'neath the gaze of a flawed god.

submitted for Imaginary Garden With Real Toads, Music: Gratitude Edition, A Walk on the Wild Side
Posted by Lolamouse at 1:52 PM 10 comments:

Email ThisBlogThis!Share to TwitterShare to FacebookShare to Pinterest
Labels: Imaginary Garden with Real Toads, inspired by Lou Reed, my town, mythologies of the street

Black and white
held up to the light
As I wait, biting
what's left of my nails

White on white
Cotton in snow
doesn't quite show
so how do I know?

Fifty-fifty chance
they miss a spot,
report that it's not
and then, what?

Black and white
And I sit tight
trying to fight my fears
All of these years
Being told I'm clear
but all may not be
as it appears.

Poet's Comment: I don't usually explain my poems, but this is about early breast cancer detection and it's important. Did you know that breast density influences the accuracy of a mammogram? Dense breast tissue is comprised of less fat and more glandular tissue. On a mammogram, dense tissue appears white and cancerous tumors also appear white, making it nearly impossible to "see" the tumor. While mammogram can find about 98% of cancers in women with fatty breast tissue, it finds only about 48% of cancers in women with dense breast tissue. If you have dense breasts, you may want to get an ultrasound or MRI in addition to a routine mammogram. Some states now mandate that information about breast density be included on a mammogram report. Find out. Check out this site for more info.

Email ThisBlogThis!Share to TwitterShare to FacebookShare to Pinterest
Labels: are you dense? black and white, I hate mammograms, Imaginary Garden with Real Toads, Kerry's Wed. Challenge

'Tis the season to be marginalized
'Cuz the Christian majority can't realize
that holidays come in more than one size
Or maybe they're not celebrated at all
Not everybody decks the halls
or hangs those colored Christmas lights
Yeah, that's my menorrah shining bright
for eight nights, oy vey!
Not all gifts come on a sleigh
Though every year, the same old scene
My eyes assaulted with red and green
as the stores roll out the Christmas machine
And what about the rest of us?
Always there to make a fuss
when we protest the nativity
in a public space for festivity
or ask for a kinara too
or a Star of David in white and blue
(isn't that just like a Jew?)
to try and make us all rephrase
"Merry Christmas" to "Happy Holidays?"
But would it really kill the mirth
to have a little peace on earth?
To acknowledge and embrace
those of more than just one faith?
So while you defend your Christmas cheer
Remember there are others here.

They say that cats have nine lives
I have only one life but
nine tails!
With each year, I gain wisdom,
power,
cunning
Poor kitties!
To die eight times over
To be reborn ignorant and small
Watch me grow older and better!

Kitsune is the Japanese word for fox.  Kitsune are a type of yokai, or spirit, believed to possess supreme intelligence, long life, and magical powers. Kitsune may have as many as nine tails. Generally, a greater number of tails indicates an older and more powerful fox. Some folktales say that a fox will only grow additional tails after it has lived 100 years.
Posted by Lolamouse at 10:29 PM 9 comments:

Email ThisBlogThis!Share to TwitterShare to FacebookShare to Pinterest
Labels: Imaginary Garden with Real Toads, kitsune, legends and myths, nine tails are better than one, Words Count with MZ 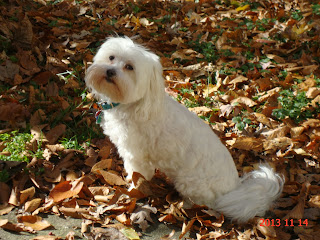 submitted for Imaginary Garden With Real Toads, Open Link Monday
Posted by Lolamouse at 9:51 AM 7 comments:


"I believe even 5-year-olds can get something from a Shakespearean sonnet…as long as you DON’T tell them, ‘This is really hard.’”  -Rita Dove

Rita Dove was born in Akron, Ohio in 1952.  She received her B.A. from Miami University of Ohio in 1973 and her M.F.A. from the University of Iowa in 1977. She served as Poet Laureate of the United States from 1993 to 1995 and Poet Laureate of the Commonwealth of Virginia from 2004 to 2006.  She has received many academic and literary honors, including the 1987 Pulitzer Prize in Poetry and the 1996 National Humanities Medal from President Clinton. In 2011, President Barack Obama presented Ms. Dove with the National Medal of Arts, which made her the only poet to have received both medals.

Author of nine poetry collections, a book of short stories, a novel, essays, and a play, Rita Dove is currently Chair of Commonwealth Professor of English at the University of Virginia (where I, lolamouse, attended grad school!) She currently lives in Charlottesville, Virginia with her husband, the writer Fred Viebahn. She has one adult daughter.  The Rita Dove HomePage has extensive biographical information as well as photos, readings, videos, and interviews.

Rita Dove is one of my favourite poets, and I had a difficult time narrowing down her extensive writings to even a few of my very favourite poems.  Dove’s writing encompasses political, historical, and personal  themes. Although I find her writing quite accessible and forthright, I always come away with something new to think about or a new way of looking at the familiar.

When I was a new mom, struggling with the demands of a difficult baby, Dove’s poem “Daystar” was an epiphany. It is from a collection of poems, Thomas and Beulah (1986) based on Dove’s grandparents. When I first read it, I felt that someone understood my mixed feelings about becoming a mother, the loss of privacy and identity that comes with having a child. I clipped that poem from our newspaper and kept it tucked in my dresser drawer to read whenever I felt overwhelmed and unappreciated. It is still there today.

She wanted a little room for thinking:
but she saw diapers steaming on the line,
a doll slumped behind the door.
So she lugged a chair behind the garage
to sit out the children’s naps…

For complete poem, see link at Poet's Choice from the Washington Post, 1/23/2000

Here is a video of Rita Dove reading her poem:

Another favourite poem, "Teach Us To Number Our Days," takes its title from Psalm 90 but speaks to cultural and political issues of today. It begins

In the old neighborhood, each funeral parlor
is more elaborate than the last.
The alleys smell of cops, pistols bumping their thighs,
each chamber steeled with a slim blue bullet…

Rita Dove is quoted as saying, “I prefer to explore the most intimate moments, the smaller, crystallized details we all hinge our lives on.” I think this is one of the reasons I love her poetry so much. She takes the personal and makes it universal and the universal and makes it personal. She is able to focus a light on those quotidian moments we all have and, with her words, elevate them to things of lasting beauty. Read and enjoy.
Posted by Lolamouse at 6:00 AM 3 comments:

That Kind of Storm

The wind
howls like a feral ghost dog
in the night
and sends my own dog,
a cocky Maltese,
under the bed quivering

Me,
I make a strong cup of tea

It's a teakettle kind of storm
The nagging beep
of the microwave just won't do
I want to listen
to the whistle, brave
and persistent

I hold
the china mug between my palms
It warms my hands
and wards off the demons.

submitted for Imaginary Garden With Real Toads, Wednesday With Peggy
Posted by Lolamouse at 8:12 PM 4 comments: 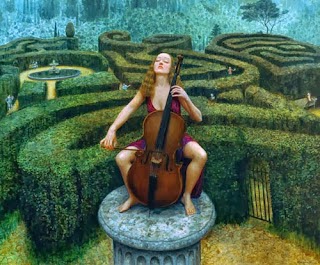 I walked the labyrinth until my feet were sore
Discovered that bliss and blisters do not happily coexist
I sat and meditated until my ass went numb
Emerged no more enlightened than when I first began
I prayed to God, the saints, the Devil, the muses, and Jesus
It was the religious equivalent of mixing ammonia and bleach -
Yet here I am, still dumb as a bag of rocks
and empty as a Halloween pumpkin in the head
The music I create is birthed between my legs
Oh well, at least it makes you happy to sing along. 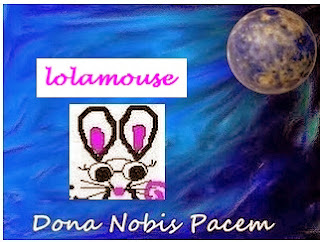 Not everything is black or white
The shades of grey enrich our sight
Let’s join together, share the weight
Peace by peace

There is no day without the night
Two sides to stories we may write
When we listen, we create
A bridge to connect and relate
Those once opposed some day unite
Peace by peace. 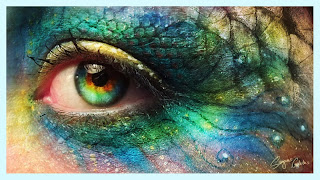 I am called Monster
Murderess
but I am no different than anyone or
anything else
Mortal women bleed,
breed
I swim
I sing
Do you blame the songbird
for the song?
It is his Nature
Time was, I had feathers too
A beautiful gown of feathers,stolen
for another's crown
But my voice is mine
I sing my Nature
Do you blame the flame
when the moth burns?
Do you blame the spider
for the sticky web?
Yet you blame my song
Blame me
Blame my Nature
for Man's weakness
If you cannot be
in the presence of sublime beauty
without being destroyed
I am not the one
to blame.

submitted for Imaginary Garden With Real Toads, Out of Standard With Izy, To Monster With Love
Posted by Lolamouse at 7:21 AM 5 comments: